Hotly-tipped Dublin quartet Inhaler have announced details of their new single We Have To Move On released January 21st on Polydor Records. It’s the follow-up to their first single on the label, Ice Cream Sundae which was released in September. The jubilant indie-rock of We Have To Move On showcases the band’s way of combining sharp, hooky melodies with expansive, atmospheric brooding.

Inhaler have just been announced as fifth place in the BBC Sound Of 2020 and recently completed a UK and European tour that saw them sell over 7,000 tickets and play to frenzied, sold-out crowds. They will follow that run with an extensive UK tour next year that will include a sold-out show at London’s Heaven on Thursday 20th February, their biggest headline show to date. Kasabian recently announced Inhaler as one of the support acts at their huge hometown show at Leicester’s Victoria Park next summer.

Four friends, they formed the band while they were

Over a handful of singles, they have amassed a diehard fanbase, with their tracks being streamed over 7 million times. They make songs about being young and finding your way, music that connects. “I’m just trying to write about the joy of being alive, being a teenager, and the bad things that can come with that. I don’t like it to be all happy, I don’t like it to be all sad,” says frontman Hewson. 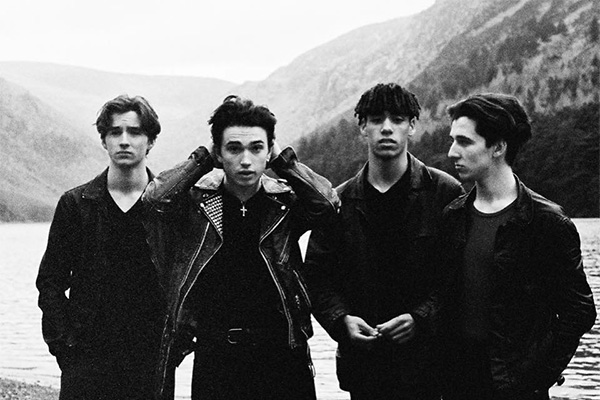