Hazey Haze is one of Limerick city's rap legends. After joining PX Music in 2018 as a solo artist, Hazey has released multiple projects including his debut album "Is Mise". Debuting on Fader Magazine and spanning 19 tracks, the project features collaborations with Deviant and Naive Ted, MurLi, SameD4ence, other PX Music artists and many more.

August 2020 saw the release of Pignorant, a seven track mixture of skits and features all produced by fellow PX label mate and producer 40hurtz. This was accompanied with a video for the title track, which premiered on District Magazine.

With the lack of live gigs in recent times, Hazey has not been held back. Featuring on Ireland Music Week in 2020 and closely followed by a stellar performance streamed live from The National Concert Hall.

This Year Hazey was included in "The Irish Times - 50 people to watch in 2021: The best young talent in Ireland" and has since started proving this by going on to perform the "Who's

Asking Remix" with The Southwest Allstars on RTE's The Tommy Tiernan Show and releasing the single "Pépe Le Pew" now available on all DSP's.

In September 2021, Hazey released EPITOME, an 11 track project which was produced by Danny Lanham, showcasing a new, more mature sound, and played King John's Castle as headliner for Sionna Festival in Limerick.

"His specialty, though, is abysmally dark, terrorising fight music. Rib-rattling back-alley brawler anthems, performed with a broad smirk (“What’s That”, “Is Mise”). It helps that he sounds like his vocal chords are some molten cocktail of shattered whiskey bottles and cigarette ash. Ignoring his bark, he can also come across as cool, conversational, funny, love-struck. But even on more low-key songs (“N.W.A.D.D Nana” ), his voice loses none of its heft and flesh." - VICE

"The bearded rapper is carving out his own space in Limerick’s hip-hop scene. His debut album Is Mise brings together irreverence, poetry and a big bruised heart." - The Irish Times

"The album weighs in at 19 tracks with skits throughout, showing every inch of the underbelly and brighter sides of Limerick." - The Fader 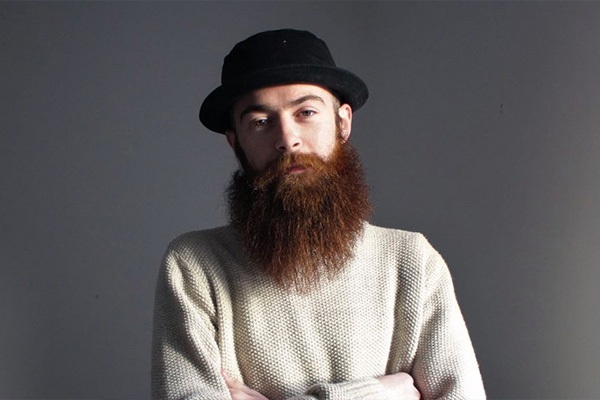