God Alone are a 5 piece dance infused math/noise rock band hailing for Cork, Ireland. They combine the interlocking guitar parts and complexities of math rock acts such as Battles with the aggression of noise rock and the dance floor filling energy of techno, house and 00s dance punk acts such as LCD Soundsystem and Foals. They self released their debut EP "Intivim" in late 2016 to critical acclaim and subsequently released their first full length release: titled "Poll na mBrón”. Shortly after the release of their debut full length, they returned to the studio to create their most eclectic mix of sounds yet: their sophomore self titled EP, released in November 2019 which enabled them to embark on their first Ireland and UK headline tour.

They have played numerous Irish festivals including Townlands Carnival, Monolith Festival and the Siege of Limerick and were recently crowned winners of the "Mammothfest Best Band Competition" of Mammothfest in Brighton, beating 200 bands across Ireland and the UK who battled through the heats. They also played at ArcTanGent

Their self described "sad metal with some dancey bits" heard on their first single release "Dagda" has been described by Overblown as "a blast of visceral fury and dance floor filling interludes". They have been featured and interviewed on numerous media platforms including Hot Press, Totally Cork, Kerrang and Metal Hammer. Their latest release will see them push the boundaries of metal even further, until it cracks.

"The band’s new self-titled EP hits that sweet spot in a way that makes God Alone memorable from the get-go." - KERRANG.

"It's in talking to God Alone that you realize what makes the next generation of metal bands so special." - METAL HAMMER. 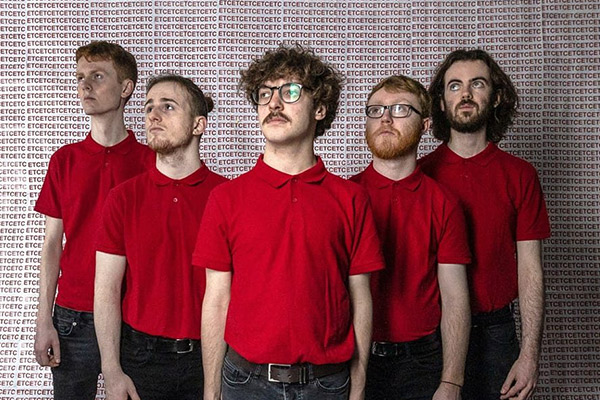