Coming out of the alleyways of Galway with a chip on their shoulder and the hangover from hell, Dead Horse Jive are an original Rock ‘n’ Roll band who bring high-energy live performances to the crowd in their never-ending quest to have a good time.

The band formed in 2016 when guitarist Blind Mick Joyce brought in frontman Darragh O’Brien and Five-Star maître d' John Martin Tierney. ‘It was nice to have someone who brought a touch of class to the proceedings’, noted Mick, blissfully unaware of the other’s reputations.

Darragh’s sneering vocal style is complemented by John Martin’s belting harmonies and Mick’s searing guitar solos. The band’s sound is completed by the galloping bass of Shaughs and obnoxious drumming of Ricky Martin ‘The Blaggard’ Collins.

Their songs detail the everyday goings-on of being the least refined rock band in town, with attempts to sharpen the band’s image with unfashionable 3-piece suits doing little to improve their standing. 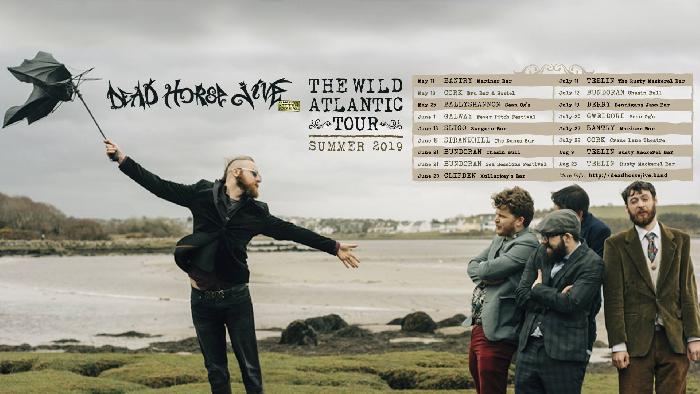