You instinctually hum a tune in order to get pumped up in the morning, for fuel on the treadmill, to soundtrack your commute, or as the pre-game to a big night out. As much as he treasures his roles as a guitarist, composer, and producer, Cory Wong fashions himself “a hype man,” first and foremost.

Living up to this classification, he slings a Stratocaster and hurls “dad jokes” from the stage with the same panache, poise, and power. Moreover, he consistently translates motivation into seismic six-string transmissions throughout his independent third full- length record, Motivational Music for the Syncopated Soul.

Recognized for his high-speed improvisational skills, fun-loving performance spirit, and a flexible right wrist, guitarist Cory Wong had a multifaceted music career in his base of Minneapolis, Minnesota before becoming better known for regular guest spots as rhythm guitarist for R&B/funk outfit Vulfpeck in the mid-2010s. Often incorporating intricate, percussive picking into his rhythm playing, his style merges acoustic and electric techniques gleaned from years invested in both. 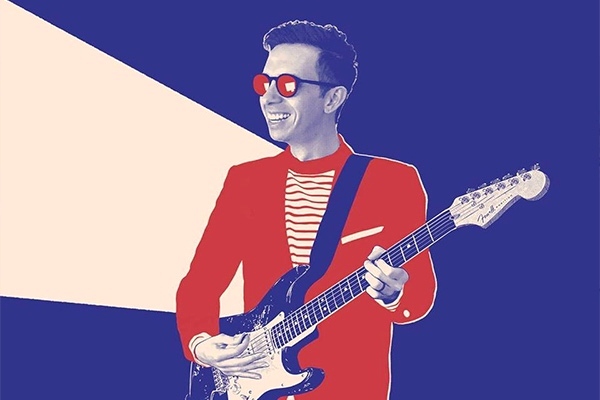