C?ork based production company, Hard Bargain Pictures, will screen it's latest film, Coast Road, in Clonakilty's Park Cinema on December 10th at 6:30 PM. Coast Road received it's premiere at London's Portobello Film Festival and is available on Amazon Prime in the US and UK only which is why we want to take the film to as many towns in Cork as possible and after a sold out screening in Bantry, Clonakilty is the next cinema to host this fun, murder mystery set in 1996 and filmed between Barleycove and Schull in 2021. Please come along and support local film and check out hardbargainpictures.org for reviews and previous work.
P?lease Note: Strong Language - unsuitable for young audiences 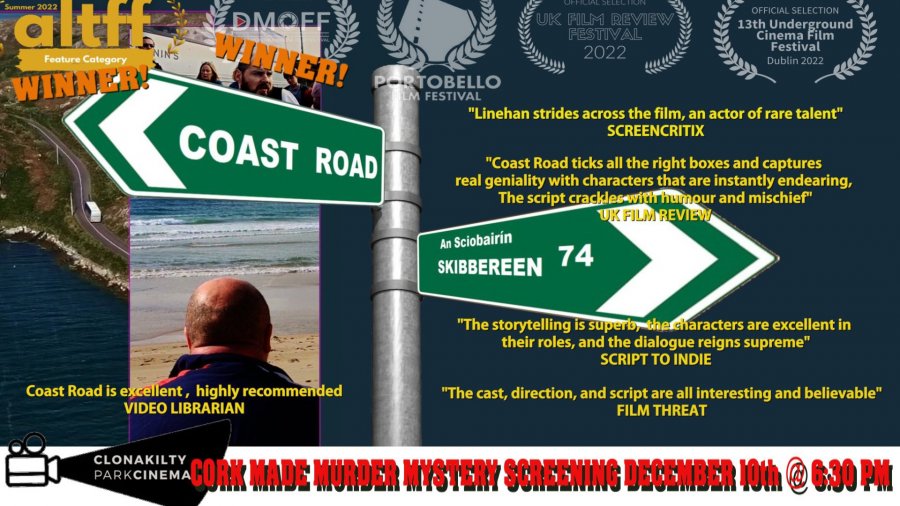