This weekend we are bringing one of Ireland's best comedians onto our stage, the glorious Emman Idama!

Originally from Nigeria, Idama regularly performs at all the major comedy clubs and festivals in Ireland and the UK.

He has starred on and written for shows such as Des Bishop’s “This is Ireland”, RTE’s “The Year That’s in It”, as well as working as a presenter for RTE’s coverage of Electric Picnic in 2017.

Idama is also a presenter for his own weekly radio show on Dublin’s “RTE Radio Pulse.”

He has opened for top acts such as, Sean Walsh, Tom Rhodes, Tony Law, Sean Patton and many more. He performs as an MC and has headlined hundreds of top venues all around Ireland.

A rising star, not to be missed.

Supporting Emman on the night are 2 of the most exciting up and coming talents on the Irish Comedy Circuit. We won't reveal who just yet

but you'll just have to come out and see what the fresh generation of Stand-Up Comedy looks like!

Grab your tickets now! As seating is heavily limited and you don't want to miss this one. 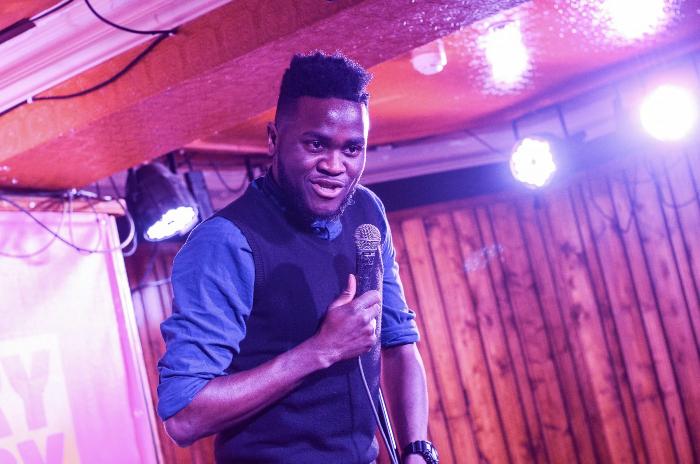