Join Cowboy Lavin as he shares his hilarious stories about growing up in Castletown and life on the road. Cowboy will be accompanied by fellow Hardy Bucks legend Frenchtoast O’Toole, who may or may not be back on the drink.

3 Bucks Left is a spin-off of County Mayo’s own Hardy Bucks and was created by childhood friends and total, utter piss takers.

This Satire is laden with comedy and pathos throughout, inspiring many other acts in its wake. Now a decade later, it remains one of Ireland’s favourite comedy shows

It’s been a wild ride of ups and downs. Crude, lofty, self-deprecating introspection, coupled with rowdy philosophies. Such misadventures are not for the faint of heart. Ruggedly charming, extremely funny riding close to the wind. Hardy Bucks is a power house of brutish human power. 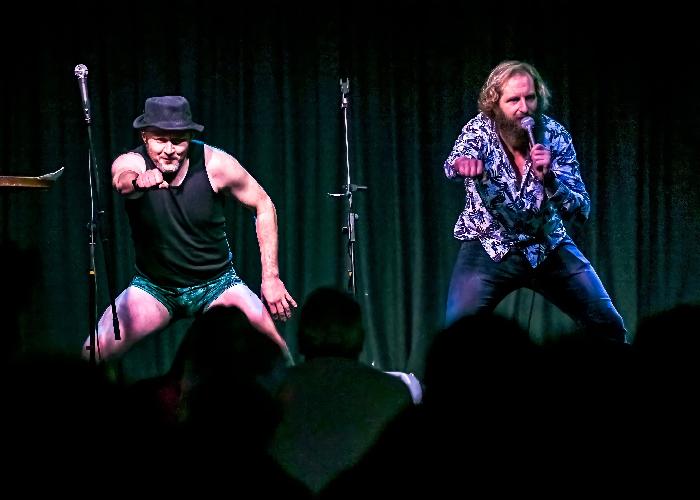