Formed as a backup band in case one of Inner City Blues were working on other projects. It features up and coming superstar guitarist Pierre Morrissey!
Morrissey hails from the great musical town of Killkenny.
The new outfit also features drummer Julian Costante from Rome, Italy.
Bluesman Andrea Bonnino, a founder member of Inner City Blues Band
Plays Harmonica, Guitar and does the occasional vocal with Bad Boy Blues
The senior Italian hails from Piza in the Tuscon Hills of Italy.
The finale piece of the puzzle is Bassist Jerome Rimson
Well known for his work with the likes of Phil Lynott & Van Morrison
As co-founder of Inner City Blues the Detroit Hit Man has lived in Ireland for over 33 years and brings the streets of Detroit into the music!
The Bad Boy Blues Band plays a cross section of Original blues, Muddy Waters Little Walter etc. along with song by Rory Gallagher. Jimi Hendrix, the Rolling Stones and Elvis Presley.
One thing is certain The Bad Boy Blues Band will have you on your feet! 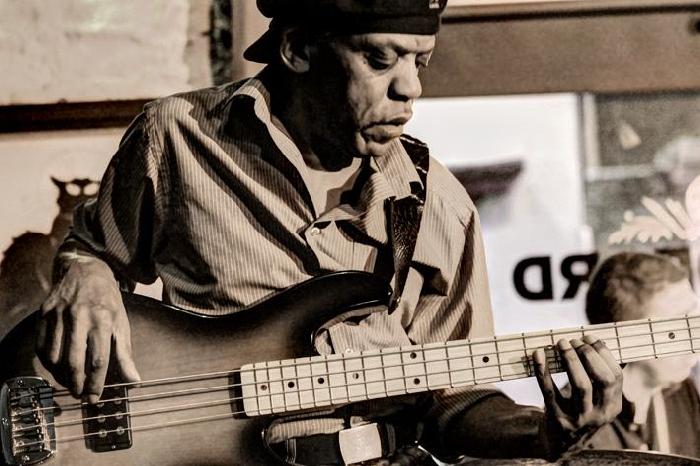