Skates in the City


Youth culture in Ireland, we all know how it goes: Play sport, music or act with vague ambitions hoisted upon you by some well meaning parent until you reach your mid-teens. Then finally you make it to that Mecca we all aspire to, drinking your Friday and Saturday nights away in some bar/ field/ industrial estate. Repeat ad nauseum until you get married or your liver packs up ! 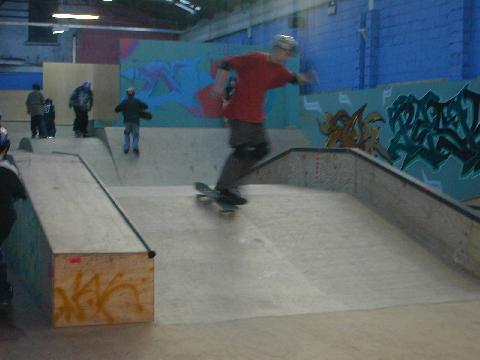 Fortunately a few people are willing to provide an alternative, such as those involved in the new Skate Park and clothes store on Patrick's Quay (just around the corner from the Coliseum). Many of you will undoubtedly have noticed the amount of youngsters skateboarding around the city in recent years. This new venture, started by the same people behind Prime Time clothing store on Washington St., gives them a chance to play without being cleared off the steps of an office building, or someone calling up 96fm to cause a fuss. Unfortunately my own knowledge of this emerging sport is limited to what I see of the X-games on TV, so I wandered down to this new facility, and spoke to Tony O Mahony, its manager.


He says there was some initial difficulty in setting the park up: " We've been trying to get it open for two and a half years now, and we found this premises 18 months ago. We had a bit of a problem with a Bridge Club upstairs, who objected to a place like this opening here. The place had been lying derelict for ten months. Everything has been built for while, but we couldn't open the doors while the objection was going through. Since it's opened however it's been flying. " 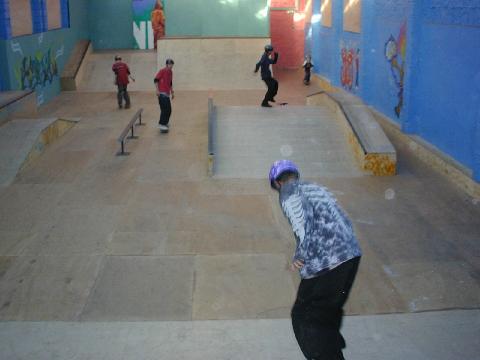 "We've been selling skateboards in Prime Time for 10 years, and we're all into skateboarding, hip-hop, graffiti, you know, that whole culture. There's been such a demand for a place like this, and, well, the council isn't going to get it together, so let's do it ourselves and run it for the skaters."


There has already been a huge interest in the Park as the numbers using it show. Tony explains:" The hall can hold 85, but to be practical we limit that to fifty. During the week isn't so busy, just tipping over, but at the weekend we do four sessions each day and each session is filled." He also reminded me of the All-Ireland skateboarding championships which they organised a couple of years ago in the Arcadia. They now have the rights to this event, which will be staged in the park in Patrick's Quay in the future. 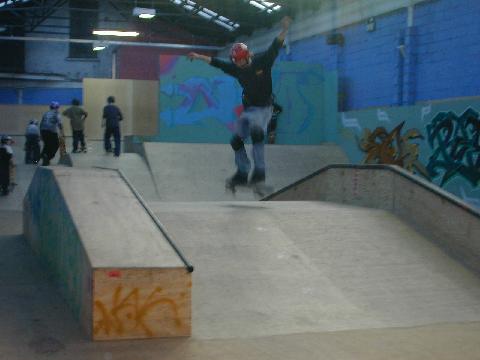 What are they feeding the young fellas in Kanturk? From hurling and football All Stars to rising comedy kings, the capital of Duhallow is churning out the talent....

End of the World Called Off

With Cork's destruction of Tipperary in Pairc Ui Rinn on Saturday night by about a hundred points it has been confirmed that the Official End of the World has been cancelled...

The Rebel Army descend on Drumcondra this Saturday for the final game of the season in which a victory will result in the club winning the league. If you're in Dublin head along to support the team....

Auld fellas and their defibrillators, fat lads getting ballhopped and death-by-triathalon-boredom, the hills of Cork can save you a ton on gym membership but come with a few hazards...